OLLD 2019 brought to Greece more than 400 participants from over 30 countries. At the event, it was emphasized that only with collaboration can useful solutions be created for a better, more sustainable and human nature-friendly future. Learning about communities, topics, methods and approaches began the day before the conference during “Day 0”, which was useful to better understand the living lab concept as well as for networking and creating future collaborative projects. 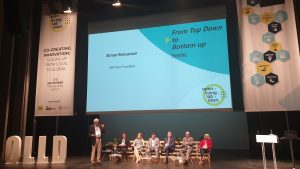 Kim attended several workshops organized by individual living labs and learned about many different methods of working with end-users. She collaborated on building a community of practice, used a tool, developed by the living lab at the Laurea University of Applied Sciences, for understanding circular economy, explored the concept of an urban living lab through a game designed by the Urban Living Lab and adapted, through the approach of empathetic experience in the role of a journalist, promotional material for referendum in the Swiss canton of Geneva.

“I got a lot of inspiration for the work of Living Lab InnoRenew, and I am delighted to be able to lead my own workshop at OpenLivingLab Days 2020 in Belgium,” said Kim. 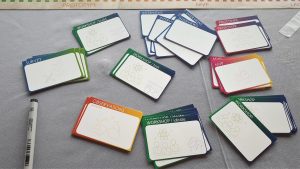 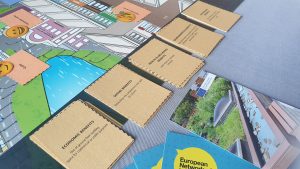 BIOEAST – Initiative for knowledge-based agriculture, aquaculture and forestry in the bioeconomy

Visit from the Estonian Academy of Arts