Each episode of “Vinyl Times” (Vinilni časi), airing on television channel TV3, is dedicated to a single year and guests remember the period’s events, music, technology and other interesting activities.

Dr. Gavrić presented 1979, which was marked by achievements in biomedicine, for example, the discovery of p53 protein. Also that year, the first pan-European agreement, the Geneva Convention on Long-Range Transboundary Air Pollution, was signed, and thus, the first steps towards sustainable development were made.

Dr. Tavzes has participated in 11 shows to speak about the highlights of politics, technology and fashion that marked 1984, 1989 and 1992. In 1984, American astronaut Bruce McCandless made the first untethered spacewalk, and the Olympic Winter Games were held in Sarajevo, Bosnia and Herzegovina (former Yugoslavia).

More interesting events of this year and others are available in the archive on TV3’s YouTube channel. 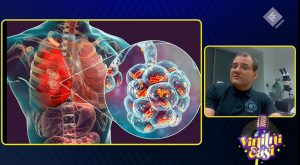 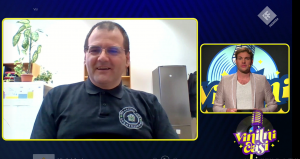